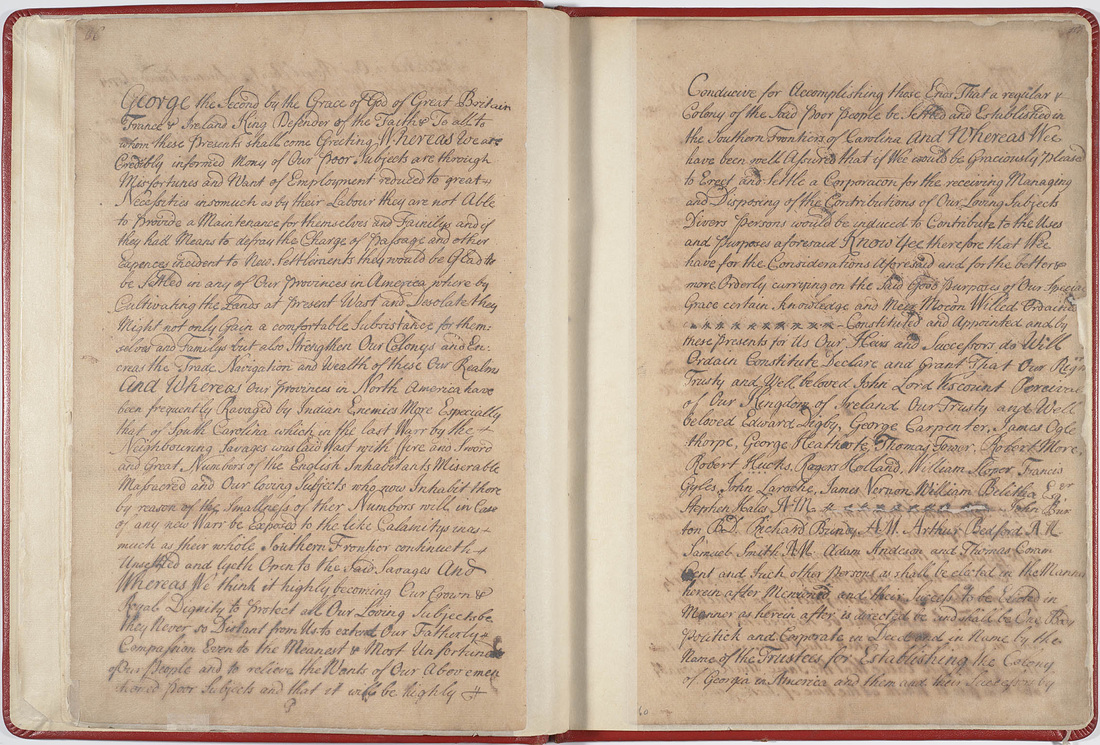 (King George II of Great Britain granted a royal charter for the Colony of Georgia to the "Trustees for Establishing the Colony of Georgia in America." This copy was recorded February 22, 1735 by the Secretary of the Province of South Carolina from a copy carried to Georgia by James Oglethorpe.)

I hope that you find this website helpful and accessible. Please do not hesistate to contact me via phone or email if you have questions throughout the year. (That goes for Parents and Students alike!) We will be attempting to get through almost three-hundred years of Georgia history (as in since the chartering of the colony of Georgia) to the present, not to mention all that prehistory stuff that happened before colonization with the Native Americans, economics, geography, and politics. Whew! So hang on it's going to be an intense blast through the past!

We will start the year with an overview of the Geography of Georgia and a crash course in State Government. After this unit we will break into the history of the State with an examination of pre-colonial Woodland cultures and their first contact with European explorers. Fast forward to the chartering of the state we will analyze the reasons for the founding of the colony of Georgia, look at the Trustee Period, and Royal Governors period before fighting a war! We will take a break from war for a bit to examine the Revolutionary period before fighting another war! Give us a couple of decades though and we will...fight another war!

After getting our spats with England out of the way, we will look at the Antebellum period....yes...before we fight another war (its okay, this time its not England) which splits the country apart. In the meantime, Sherman splits Georgia apart and we lose the war. We will analyze Reconstruction, its successes, failures, and violence before examining the Redemption Era, New South Era, and the Jim Crow Era. After this we will fight another war (It is okay, its not England this time either...just the whole world). We will analyze the interwar period before Hitler rears his head and....wait for it...we fight another war!

After the Second World War, we will examine the New, New South Era, the Civil Rights Era, and Modern Georgia (we have to talk about the Georgia Olympic Games, of course) while we look at various people, places, things and other nouns along the way.