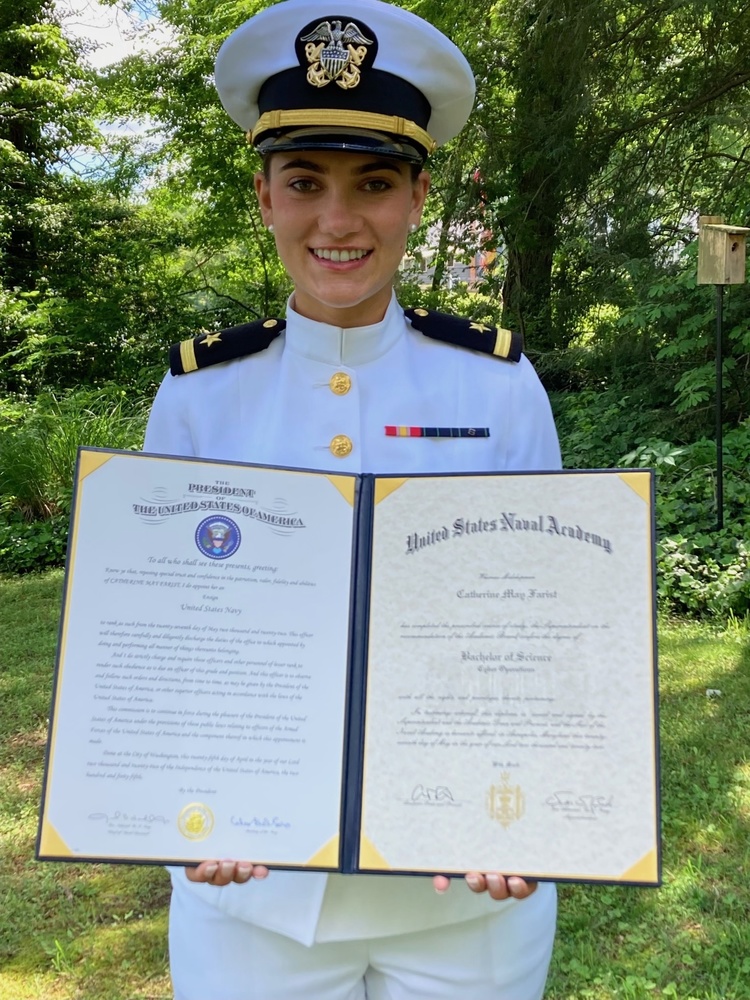 CALHOUN, GA - Catherine Farist of Ranger, Ga. successfully completed four years of challenging academic, physical and professional military training, graduating from the U.S. Naval Academy with a Bachelor of Science degree in cyber operations and a commission as a U.S. Navy Ensign. Farist is a 2017 graduate of Sonoraville High School.

Founded in 1845, the U.S. Naval Academy today is a prestigious four-year service academy that prepares midshipmen morally, mentally and physically to be professional officers in the naval service. More than 4,400 men and women representing every state in the U.S. and several foreign countries make up the student body, known as the Brigade of Midshipmen. U.S. News and World Reports has recognized the Naval Academy as a top five undergraduate engineering school and a top 20 best liberal arts college. Midshipmen learn from military and civilian instructors and participate in intercollegiate varsity sports and extracurricular activities. They also study subjects such as leadership, ethics, small arms, drill, seamanship and navigation, tactics, naval engineering and weapons, and military law. Upon graduation, midshipmen earn a Bachelor of Science degree in a choice of 27 different subject majors and go on to serve at least five years of exciting and rewarding service as commissioned officers in the U.S. Navy or U.S. Marine Corps.

The Brigade of Midshipmen is comprised of approximately 4,400 students from every state in the union. Each year, approximately 1,200 young men and women are admitted to the Naval Academy’s incoming class.

Gordon County Schools system serves around 6,500+ students in schools across the county including six elementary schools, two middle schools, and two high schools. The mission of the Gordon County School system is to build a collaborative culture that engages all students and staff in learning experiences leading to growth, empowerment, and transformation.