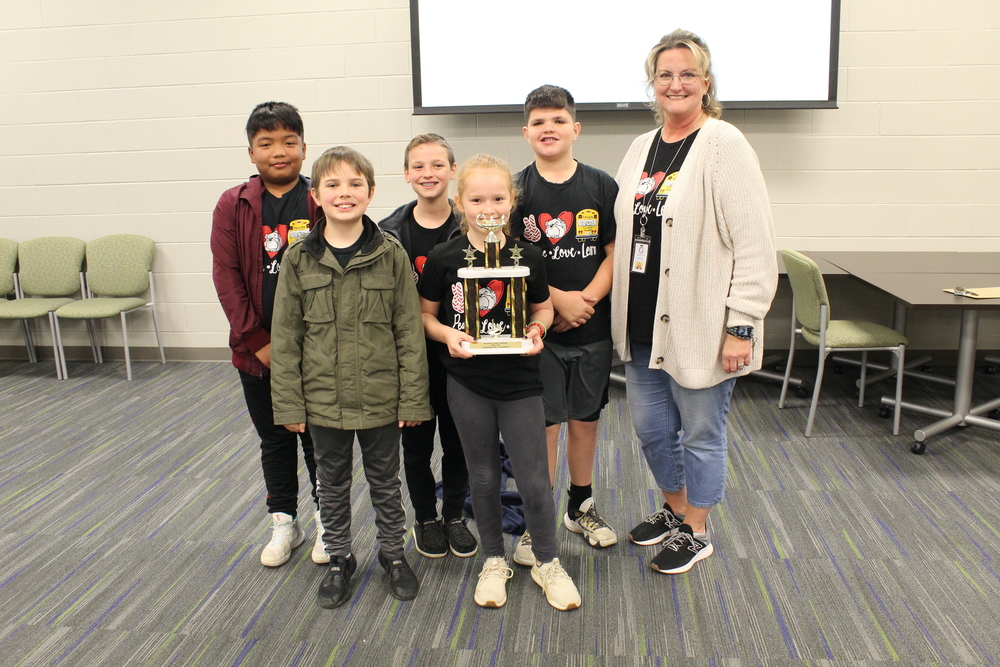 The system-wide competition, with teams from each GCS elementary school took place on Tuesday, November 15th at the Gordon County College and Career Academy of Design and Advanced Manufacturing. The competition was comprised of three rounds that included a written portion, a jeopardy-type round of questioning, and a "final jeopardy" question.

During round one, contestants were given three minutes to correctly label states on a blank map of the United States. To receive full credit for the answers submitted by teams, each state had to be correctly identified and spelled precisely. Teams would receive a partial credit if the state was identified but was spelled improperly.

In the second round of the competition, teams took turns selecting categories of topics at varying values of points. When a category and question had been selected, all teams would then record their answer on a dry-erase board and share it with their assigned judge. The rules for full and partial credit identified in round one applied for each answer presented in round two.

Entering the final round of competition, the teams were informed of their total amount of accumulated points from the first two rounds, and prior to being shown the final jeopardy question, declared the number of points they were willing to wager.

The final jeopardy question that was presented was, “What trail runs from Georgia to Maine?” Fairmount Elementary students correctly answered, “Appalachian Trail,” and were declared the winners with over 14,00 total points.

Gordon County Schools system serves approximately 6,500 students in schools across the county including six elementary schools, two middle schools, and two high schools. The mission of the Gordon County School system is to build a collaborative culture that engages all students and staff in learning experiences leading to growth, empowerment, and transformation.