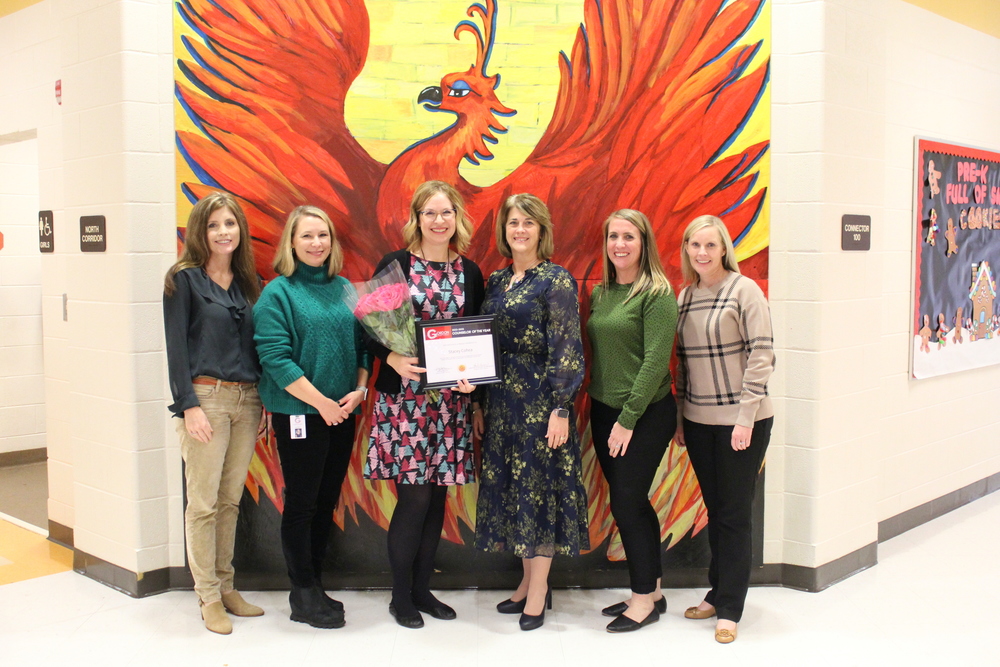 Mrs. Cohea first began her career in education in 1996 serving as an educator. Through her experiences during her teaching career, she became inspired by the counselor at her school to one day pursue a career in counseling. “I was inspired by the support that my students and I received when I was a new teacher. Through her support, I learned how to better meet the social and emotional needs of the students in the high needs area where I began my teaching career,” stated Mrs. Cohea.

In 2012, Mrs. Cohea and her husband became foster parents. “It was through this experience that God humbled me and revealed that I had much to learn when it came to supporting children from hard places. I began a deep dive into understanding trauma and its impact on children. The more I learned, the more I realized that I wanted to share this newfound knowledge with other educators to support even more students in our school and community,” said Mrs. Cohea.

After serving as an educator for 22 years, Mrs. Cohea became a school counselor in 2018 and “hit the ground running when she accepted the position as school counselor for Sonoraville Elementary,” stated a nomination she received for the Counselor of the Year award.

“Mrs. Cohea goes above and beyond to help serve her school and the students and families within it,” stated another anonymous award nomination. “She shows an extreme amount of care and appreciation for other staff and will always look for ways to improve the school atmosphere by connecting with and helping staff. If I had a child, I would want them to be a school where Mrs. Cohea is the counselor, because I know they would be in great hands.”

Stacey believes her job to truly be a “calling.” Ms. Cohea recalled, “when visiting Washington D.C. with my family, we came upon a statue of Crawford W. Long and below the statue was a quote from him that read ‘My profession is to me a ministry from God’ and that really resonated with me.”

Upon receiving the award, Mrs. Cohea proclaimed, “I am pleasantly surprised to have been chosen for this award because we have so many amazing counselors in our school system. I view this award as affirmation that I am exactly where I am meant to be.”

The inaugural Gordon County Schools Counselor of the Year award has been established to recognize the efforts of an individual from the Gordon County Schools counseling staff who has demonstrated exemplary support and dedication to their service, their department, the school they serve and the students/staff at their school of service.

Gordon County Schools system serves approximately 6,500 students in schools across the county including six elementary schools, two middle schools, and two high schools. The mission of the Gordon County School system is to build a collaborative culture that engages all students and staff in learning experiences leading to growth, empowerment, and transformation.